BW Group’s chairman is known for preying on rival companies and for a cunning ability to make the most out of each situation.


The news of Hafnia making an offer to acquire rival Ardmore Shipping (ASC) has reignited shipping’s interest in mergers and acquisitions, by pitting a seasoned corporate raider against a scrappy upstart.
BW Group, Hafnia’s controlling shareholder, and its Chairman Andreas Sohmen-Pao, are no strangers to the high stakes of corporate takeovers. Hafnia is itself the product of a friendly merger between BW Tankers and Hafnia Tankers in January 2019. 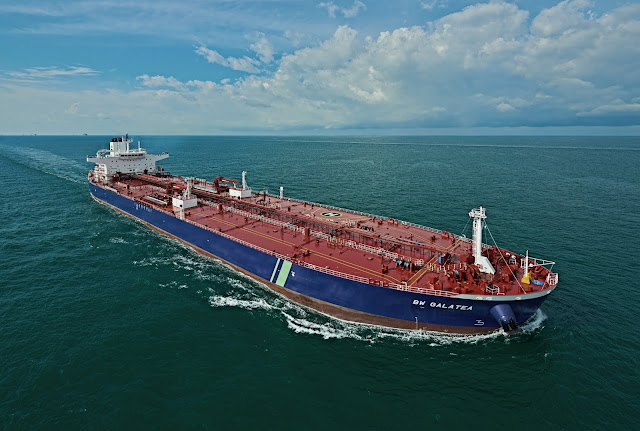 Prior to Hafnia in May 2018, Mr Sohmen-Pao orchestrated an unsolicited bid to merge BW affiliate BW LPG with Dorian LPG (LPG).  And in March 2017, BW had merged its fleet of eleven VLCCs with DHT Holdings (DHT).
There is a lot to learn by observing how Mr Sohmen-Pao plays the M&A game. A common thread is the drive for market share consolidation and economies of scale in operating costs. Another feature is the use of common stock as the currency of choice, preferring all-stock transactions based on net asset valuations.
But above all, Mr. Sohmen-Pao has been extremely disciplined in holding - and folding - his cards when circumstances merit such action.

Dorian LPG failed merger
Take the example of BW LPG's failed takeover of Dorian LPG.  The parent company BW had first taken a $92m stake in Dorian LPG in July 2015, when it acquired 6m Dorian shares from Scorpio Tankers. By the time BW LPG made its failed merger proposal, BW had amassed a 14.2% stake, but it was staring at a $45m paper investment loss.
Instead of cutting his losses and running away, Mr Sohmen-Pao stayed the course as a passive investor. And when the opportunity presented itself, BW systematically reduced its stake between June 2019 and January 2020.
By the time its Dorian ownership had fallen below 5%, BW was looking at breaking even. That was a spectacular turnaround for an investment once deep out of the money.

DHT investment and subsequent divestment
BW had a seemingly better luck with DHT, easily coming to terms to contribute 11 VLCCs in exchange for about 48m shares, then valued at $256m. But about a year following the blockbuster agreement, BW was again in purgatory staring at an unrealized investment loss of some $70m.
In typical fashion, and after opportunistically buying more shares to lower its cost, BW has since May 2019 diligently reduced its DHT ownership to about 26m shares today. After taking into consideration cash dividends and the fair market value of the remaining shares, BW is looking at a $80m net investment profit.

The Ardmore Quest
It is still too early to tell if the proposed merger between Hafnia and Ardmore will be consummated, or even if a white knight will emerge to further stir the pot. What is known is that Hafnia offered to acquire Ardmore in an “all-stock-deal” based on relative net asset value terms. The goal is to create a behemoth in product tankers with a combined NAV of approximately $1.5bn.
The offer, which called for the exchange of each Ardmore share for 2.4 Hanfia shares, has been summarily declined by Ardmore. Full terms of the deal, however, have not been fully disclosed yet.  It is also not known whether BW had acquired any stake in Ardmore in advance of its unsolicited offer.
Based on who you ask (Hafnia or Ardmore), the proposed deal represents either a heavy premium or a substantial discount to Ardmore's stock price.
Ardmore is the newcomer in this fight, but its CEO Tony Gurnee is a seasoned executive who can hold court on his own. It will be fascinating to watch the turn of events and see if Mr. Sohmen-Pao can live up to his reputation as an expert deal maker.
This article, including the information contained herein, is the intellectual property of Lambros Papaeconomou and NYFEX Research and it may not be copied, reproduced, republished, or posted in whole or in part, in any form, without prior written consent.
Posted by Lambros Papaeconomou at 1:51 PM